How Eye Tracking Is Used in Chess Streams

Here’s an idea: What if the chess live streaming experience can be enhanced with the help of eye tracking? Technology that is allowing you, the viewer, to get an idea of what specific parts of the board players are looking at or more insights about how they approach the game.

Did you know that chess is one of the most famous board games of current times and the best-selling board game of all time?

Almost everyone has heard about chess. This strategic board game focuses on quick decision-making and foreseeing abilities to bring players an intense and competitive experience. Even though the game ages back to the 13th century, it still stands as the most played game in the entire world.

At first sight, the game seemed to have drifted away from the current generation during the past decade. Still, people’s interest in this legendary game has sparked more than ever in the past years, thanks to streaming platforms like Twitch and the talented content creators that are part of this community. If you are already a chess player or just a fan, simply watching these online matches and following passionate chess content creators will help you broaden your game sense and help you learn new strategies, too. There are plenty of chess streamers on Twitch that you can choose to watch, like Hikaru Nakamura ( 5-time United States Chess Champion) or GothamChess  (International Master from New York City, streaming instructive and entertaining chess) or Anna Rudolf (International Master and Woman Grandmaster).

Eye tracking is not new in the streaming world, but let’s dive deeper into the chess streaming scenario.

What is eye tracking?

Eye tracking put, is the process of capturing your gaze’s attention by using a specific piece of software and hardware. In the modern technological world, eye tracking (the process) and eye trackers (the software/hardware) are often seen as input devices in human-machine interaction.

An eye tracker uses a visual sensor (usually a camera) to measure and track eye movements; this technology is used in many applications, including the automotive sector, medical industry, academic research, entertainment, and most relevant for today’s topic, the gaming and streaming industries.

This allows them to be used in studies relating to natural environments, with a wide degree of movement. However, they do come with their own set of disadvantages, such as the gear itself being intrusive.

On the other hand, for remote trackers, also known as screen-based trackers, the user sits in front of a display and interacts with screen-based content. Even though, historically, remote trackers had a rough start with the accuracy aspect, they have improved significantly over time and do not require wearing any gear. 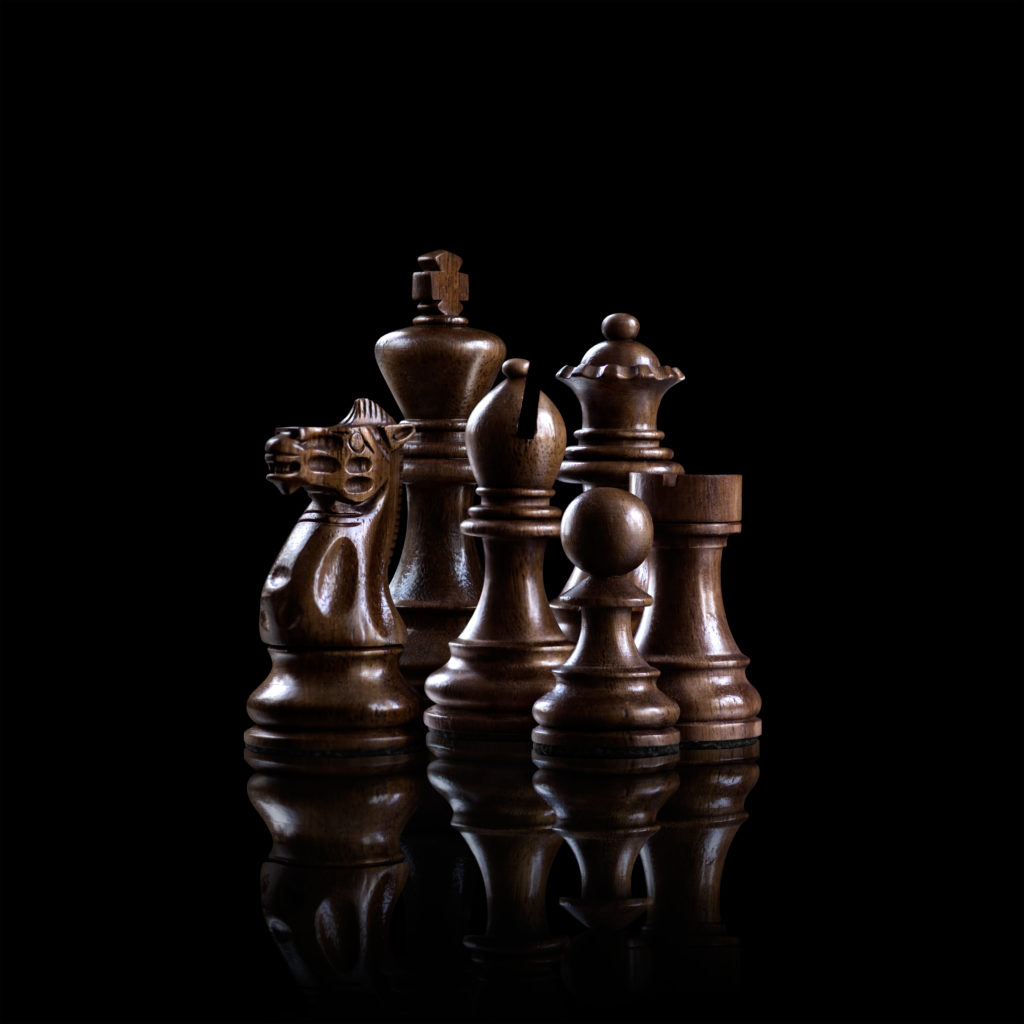 Check out our article on Understanding Eye Tracking & How it Can Work for You if you’d like to understand this technology better.

What is eye tracking used for in games?

Eye tracking in the video gaming world first got attention when a company introduced its consumer-grade eye tracking technology in 2012. Today there are over 100 games that support eye tracking software, and these include most modern-triple A titles. While most of these games use this technology to let you interact with the environment and in-game menus better, eye tracking also has the primary features that can bring the most value.

One of the most prevalent eye tracking uses is streamers using it to make their content more interactive, stand out from the others, and bring engagement to the table. It has become a trend among gaming content creators and content creators from other niches who can get their hands on this technology.

Eye tracking in streams can let viewers see how, when, what streamers look at and learn from them. Not only is it a perfect opportunity for streamers to bond with their viewers, but it adds a whole new layer of information and communication between them and their audience. For example, imagine just looking at something on the screen and directly talking about it instead of explaining where the viewers should look and trying to pinpoint it during gameplay—much easier using eye tracking.

How can eye tracking be used in chess games?

Going back to chess, chess streaming could benefit from eye trackers. It would allow players to study their opponents better, record and replay their gaming sessions to analyze their moves and attention, and understand what they can improve.

Moreover, if you are a chess streamer, you can use an eye tracker to let your audience quickly learn from your techniques and level up their game by adding this extra layer of communication that an eye tracking software can offer. It won’t just be an educational stream but also a fun and engaging one! Communities are the heart of what content creators do, so what better way to connect with them than teaching them and giving something back? 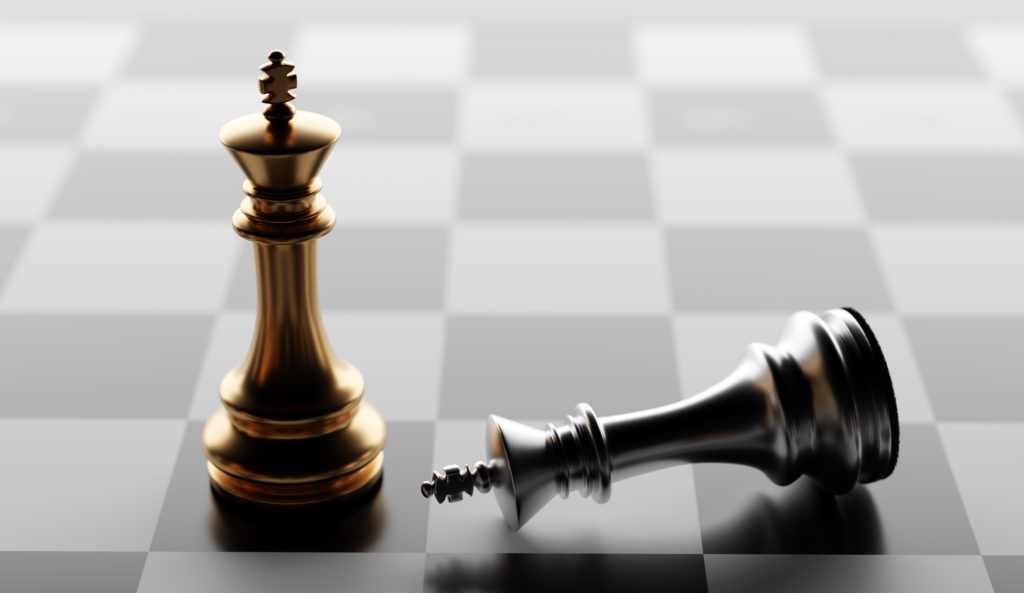 Eye tracking with your iPhone or iPad for your stream

Even though this tech is innovative and revolutionary, the dedicated hardware that is required can be pretty expensive generally. Therefore, most consumers decide to forget about it and carry on. However, technology has become more advanced in recent years, selections have broadened, and now, almost everyone can be just a couple of taps away from getting their eye tracker!

Eyeware Beam – the head and eye tracking app for iOS mobile devices allows you to convert your brand new iPhone or iPad into a remote eye tracking & head tracking device.

The app uses Apple’s TrueDepth technology, using the user-facing camera to enable remote and accurate eye tracking and head tracking functionalities. A PC software counterpart needs to be installed, and once paired with the phone, a user is ready to stream their gaze on the screen.

Eyeware Beam is the most accessible and affordable eye tracking software, and it enables you to share your attention through a gaze bubble visible in your stream! Now available to download here.

Is eye tracking worth it?

The whole idea of eye tracking might seem a little too much at first, but this could be a game-changer once given a chance. Twitch streamers, YouTube streamers, creators generally can try out new streaming tech once in a while, like eye tracking software or VR headsets to break patterns, connect with their audience, discover a new side of streaming, and generate fun and unique content.

NextTop Live Stream Tools for New Streamers and The ProsNext