Best IO Games Of 2022 To Play With Eye Trackers

Content creators who play .io games like agar.io shell shockers can use программное обеспечение для отслеживания взгляда to enhance the browser-based gaming experience. Some .io game streamers can utilize eye tracking overlays to incorporate more variety and fun into their streams. Since .io games take addictive pleasure to the next level, be sure not to miss out on the best .io games list of 2022 listed below to play with an eye tracking overlay. 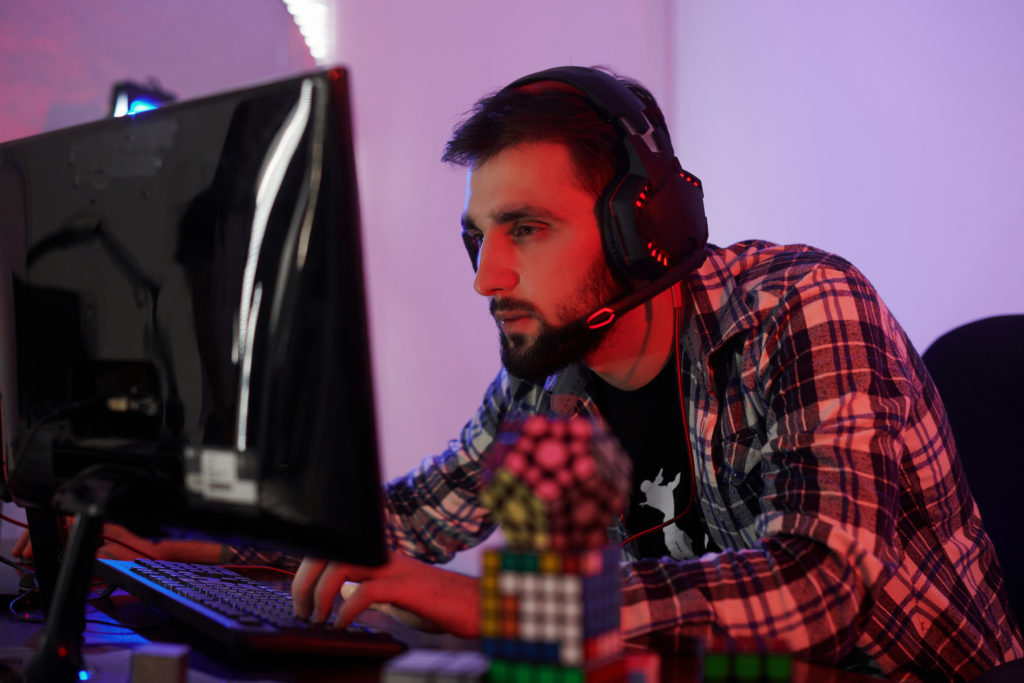 What are .io games for PC browsers?

While browsing Google, you have seen or probably heard of browser-based games. Browser-based games are known for their relatively simple graphics, no-frills controls, no extra software to download, and often incorporate an online multiplayer aspect. The games have come to be known as .io games because they end with the domain extension .io, which is the British Indian Ocean territory.

Experience our list of the five best .io games in 2022 with eye tracking

Hands down, Agar.io is the most popular .io game around the globe. In Agar.io, players cruise around the map as a singular cell and eat tiny dots of food to grow larger. Once large enough, players can swallow up other players in this fun online interactive game. Other .io games have a similar premise, but Agar.io is different due to the unique feature of splitting. Players either split in hopes to consume a smaller player, or they choose to split as a defense mechanism, so they only lose a portion of their cell instead of starting over from scratch.

What makes Agar.io even more exciting is when content creators play with eye tracking overlays. The overlay has no impact on the actual game. What it does affect, however, is pure fun for everyone involved. Viewers can watch in anticipation as the overlay physically tracks their favorite streamer’s eye movements, all in real-time while the streamer plays. Nothing is quite as exhilarating as watching a hype streamer stare in fear at a massive player about to devour them. Sharing and enhancing the intense Agar.io experience by using head and eye tracking software is genuinely a step-up for gaming.

Shellshock.io or Shell Shockers is an online first-person shooter, where the new norms are scrambling eggs and frying omelets. Become king of the clucks by playing as a hard-boiled egg across four different game modes: team deathmatch, capture the flag, free-for-all, and king of the coop. Enact vengeance for fallen comrades with a large variety of weapon choices. Finally, poach any player less than eggcellent!

Half the battle of first-person shooters like Shell Shockers will come down to eye behavior. Many game elements take root here: tunnel vision, map awareness, key inputs, weapon knowledge, and spatial recognition. Eye tracking in Shell Shockers is an incredible way to learn how to be more aware of these specific elements. What would be found by watching a top player with an eye tracking overlay? Are their eyes always focused on the minimap? Do their eyes dart from the far left to the far right during the match? Studying top player eye behavior will show how masters of the egg kingdom crack more shells than the average player.

Superhex.io is a popular online game for strategists and conquerors. Contestants compete in a hexagon arena, and the goal of Superhex.io is to have the most occupied territory. Players begin at a base and move along a hexagon tile floor to create a path. Rerouting the pathway back through the base converts all tiles within the zone into the player’s territory. Beware of aggressive tactics, however, because if an enemy runs into a path before the player routes it back to base, the player is eliminated.

Do you ever become so engrossed by what you are doing at the moment that you forget to pay attention to what is around you? Gamers label this process as “tunnel vision.” Superhex.io is an ideal .io game to play in 2022 with an eye tracking overlay because it will show players when tunnel vision applies to their gameplay. Instead of focusing so hard on where to go, keeping an eye out for other players is more crucial to surviving. If seeking to conquer the hexagon arena, eye tracking is a great tool to win by understanding where and when to avoid tunnel vision.

There are several racing .io games to choose from, but FunRace.io is a great game to play for its simplicity. Eight players have three laps around the track to achieve victory. Take advantage of the speed powerups on the road to overtake an opponent. Avoid oil spills around wide turns that drastically slow down the competition. Lastly, keep the bumping into other racers and walls to a bare minimum, or the car’s engine will completely cut off.

Although tunnel vision may be a player’s downfall in Superhex.io, using head and eye tracking software on racing games like FunRace.io will showcase the opposite effect: tunnel vision is necessary! A key to victory in racing games is all about keeping an eye locked onto a central focus point. A streamer who uses an eye tracking overlay with FunRace.io would be cool to watch as their eyes are focused on the road throughout the course. One look away may cause the streamer to spin out of control or crash into a guard rail. Anything like that would be the result between first and second place. That is a ton of pressure. ScaryMaze.io will put fear to the ultimate test. What is so scary about squeezing a mouse between the walls of a maze? Well, when the mouse accidentally touches the side of the maze, a frightening image pops up along with a loud, startling noise! Travel between five levels, with each level progressively shrinking the maze walls more and more. A steady hand is needed for the walls of ScaryMaze.io. Players with nervous or shaky hands are in for frights all night.

How to get eye tracking for .io games

Show other .io gamers where your eyes are looking on the screen in streams. The free Eyeware Beam app provides an eye gaze bubble overlay to show others where the user is looking while recording or sharing the computer screen. Live streamers and gamers on YouTube, Twitch and other social platforms use the app to accurately show viewers where they are focusing their attention in real-time.

The app works without needing additional hardware for the millions who own an iPhone and a PC. Once connected to a Windows PC over Wi-Fi or USB, the app turns a Face ID-supported iPhone or iPad, with a built-in TrueDepth camera, into a precise, multi-purpose head and eye tracking device. Watch the walkthrough guide below for an inside look at how easy it is to get an eye tracker to use with your favorite .io games.

An eye tracking overlay for any scary game is too good to pass up. Viewers will be able to pinpoint the exact final moment where pure terror inflicted our trauma patient—I mean favorite content creator. Or, if the horror is too much to bear, viewers may notice the streamer not even looking at the game anymore. Of course, that is because the streamer is too busy looking at cat pictures on the second monitor while having a panic attack.