Immersive technologies are all the rage nowadays, especially with the metaverse being in the spotlight. Virtual reality (VR) and augmented reality (AR) have seen rapid growth with applications in all sectors, including gaming. The VR Developers’ leading innovation within the virtual reality sphere delivers a whole new dimension and adds realism to simulation games and experiences.

Let’s explore how eye tracking is being used in VR development and what benefits it can bring to developers and users alike. Immersive technologies aim to enhance your experiences, whether real or virtual. Faisceau de lunettes is a gaming application for mobile phones that can help you take your gaming skills and experiences to the next level. Its eye-tracker capabilities allow you to overlay a gaze bubble over your game screen to capture your visual attention.

Le eye tracker overlay can give you new ways to immerse your audience into your live stream as a streamer on Twitch, Facebook Gaming, YouTube, and virtually any platform. We suggest pairing the VR app for iPhones with video recording and live streaming software like OBS Studio to broadcast your gameplay. 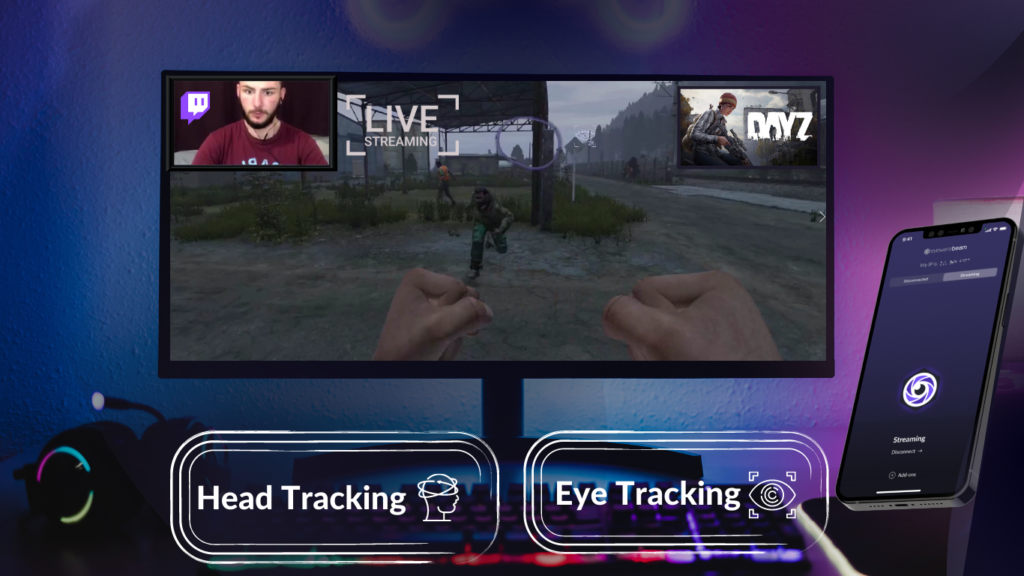 The Eyeware Beam app comes with head-tracking features that pair well with OpenTrack PC software to provide head tracking as an input in PC games. With the mobile app’s 6 six-degrees-of-freedom (6DoF) technology, gamers can use the app to control their camera inside the game with their head movements. The head tracking is best to use with simulation games, like Microsoft Flight Simulator, DayZ, et Euro Truck Simulator 2.