Game developers have more options to create immersive PC games, with the VR market continuing to grow. How can developers keep track of the best game engines, APIs, software development kits, and other compatible tools with virtual reality, augmented reality, and every immersive experience in between?

We’re avoiding common debates like Unity vs unreal engine or whether a virtual reality headset performs better than virtual reality goggles. This top ten list of VR game developer tools is not supposed to be exhaustive and is in no particular order. We’re sharing the best VR software development tools for 2022. 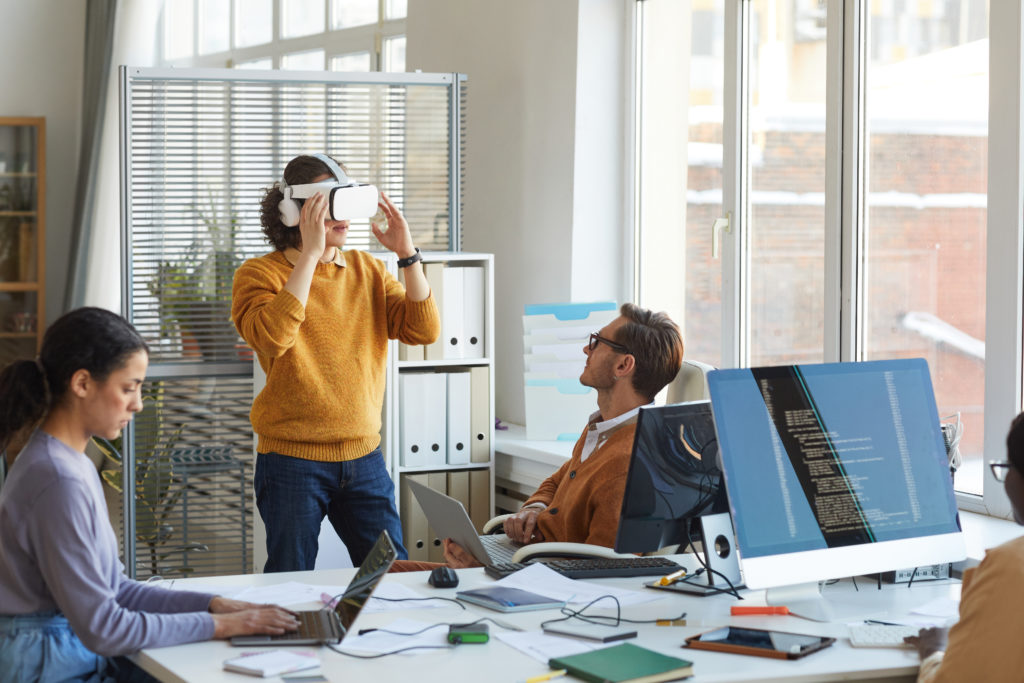 What is VR (Virtual Reality) For Game Developers?

In a nutshell, virtual reality is a simulated 3D environment that allows the user to have a unique interactive experience. Users typically wear VR systems to simulate an interactive VR game or experience that are sometimes known as the leading cause of motion sickness in virtual reality. Most VR systems use PC headsets that utilize goggles or glasses for immersion. VR gloves are also combined with VR headsets to provide a grounded sensation of virtual realism.

Hardware helps bring the experience to life, but many great VR software developer tools work behind the scenes to make that happen. Thus, virtual reality development can only go far without the best VR developer tools available.

What would virtual reality be with no innovative VR developer tools? No more advanced AR (Augmented Reality) or VR training for astronauts. Chiến tranh giữa các vì sao fans can no longer wield the power of the force in one’s virtual hand. Surgeons would not practice a dangerous operation in a fully simulated and safe environment. Any user experience in virtual reality would cease to exist. 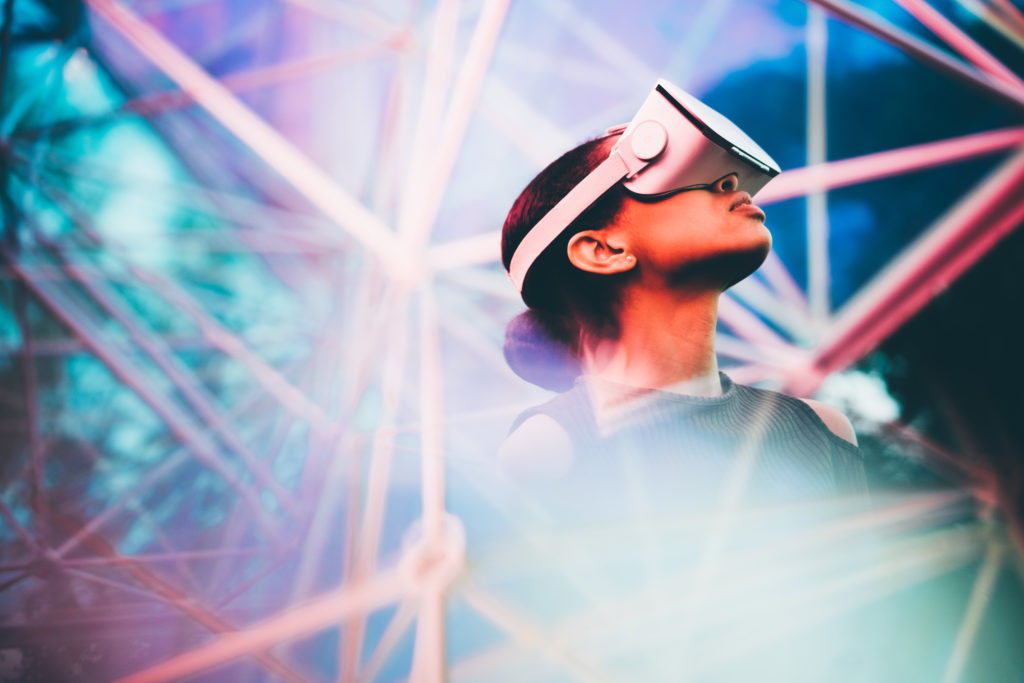 Unity is one of the most widely used game development engines globally for VR headsets. Game developers create apps, games, and even industrial applications compatible with Oculus, HTC Vive, and PlayStation VR.

Along with natural game dev tools for PC, consoles, and other software platforms, Unity also offers an extensive collection of unity assets for use with AR and VR developer system tools to help creators succeed.

Interact is one tool that creates advanced VR system applications directly from CAD or points cloud collected data. VisualLive is another popular Unity tool that uses AR in real-time as it overlays large BIM and CAD files onto job sites.

These system tools and others like Unity mod manager are excellent for ensuring accurate motion control for VR headsets on PC, building finely crafted VR games, and natural VR mobile experiences on Android and iOS platforms with the Unity API.

The powerful Unreal Engine will be another complete suite of developer tools, including VR compatibility. Unreal engine is perfect for many industries: gaming, film, architecture, automotive and transportation, broadcasting, and AR/VR simulation!

Blender has been a titan in the 3D model and animation industry since 1994. It’s free and open-source software built to design 3D printed models, animate 3D models, and use those assets in 3D applications like animated films and VR games. 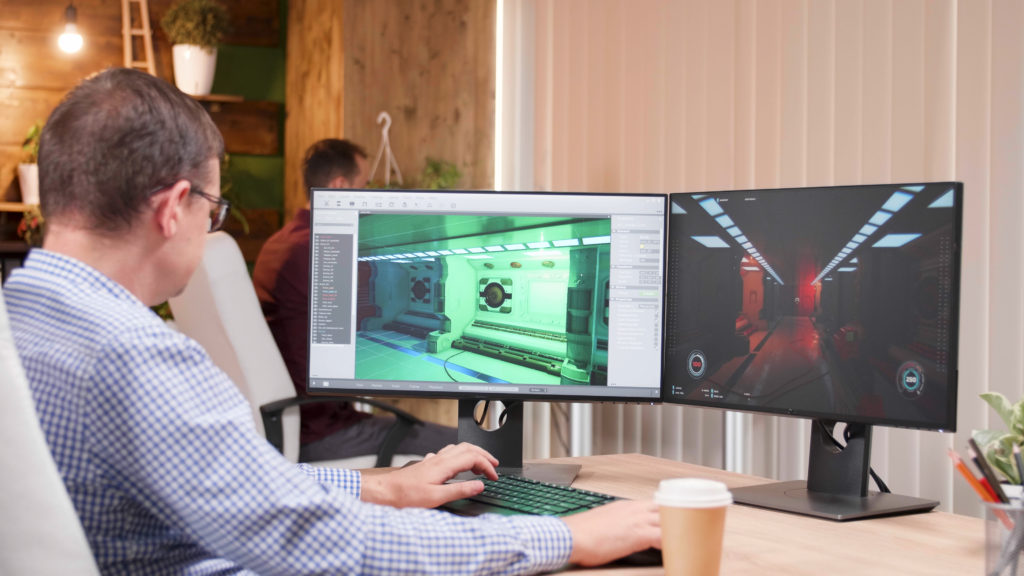 SteamVR hardware uses the innovative OpenVR developer tool to experience VR content on almost any VR headset for PC. OpenVR is an API implemented into SteamVR to allow access to other VR hardware.

Game developers can access the OpenVR SDK to build integrations to the SteamVR platform. Valve Index, HTC Vive, Oculus Rift, and Windows Mixed Reality headsets are supported by a few VR hardware products. It achieves this goal by not requiring that applications have specific knowledge of the hardware they target.

Another significant enhancement to OpenVR is natively supported by Unreal Engine 4 and Unity version 5.4+. It is worth mentioning that their Steamworks SDK allows software developers to integrate Steam’s matchmaking, achievements, and Steam wallet.

This innovative VR developer tool empowers artists and designers to start and work directly next to their 3D design process. Create VR uses a simple curve system and surface tools to explore creators’ 3D space and assets while being fully immersed in virtual reality alongside their design.

Composite sketches and modeled assets can also be exported to Maya or other content creation applications. We recommend Autodesk Maya for larger studio productions rather than indie gamers because of its initial difficulty to use.

Autodesk 3ds Max and Autodesk Maya are both paid software services Autodesk, Inc. provides for the video game industry. Both are capable of modeling, animation, rigging, keyframing, rendering, and lighting.

Each software has been used to make VR games, television, movies and has a complete 3D toolset with unlimited creative potential. However, the main difference is that Maya mainly focuses on character realism. Autodesk 3ds Max is an all-purpose design for faster modeling and quick editing, especially as a virtual reality developer tool.

3ds Max is an ideal game development tool for novices to 3D animation with an abundant amount of online courses and YouTube tutorials, making the software easier to learn. 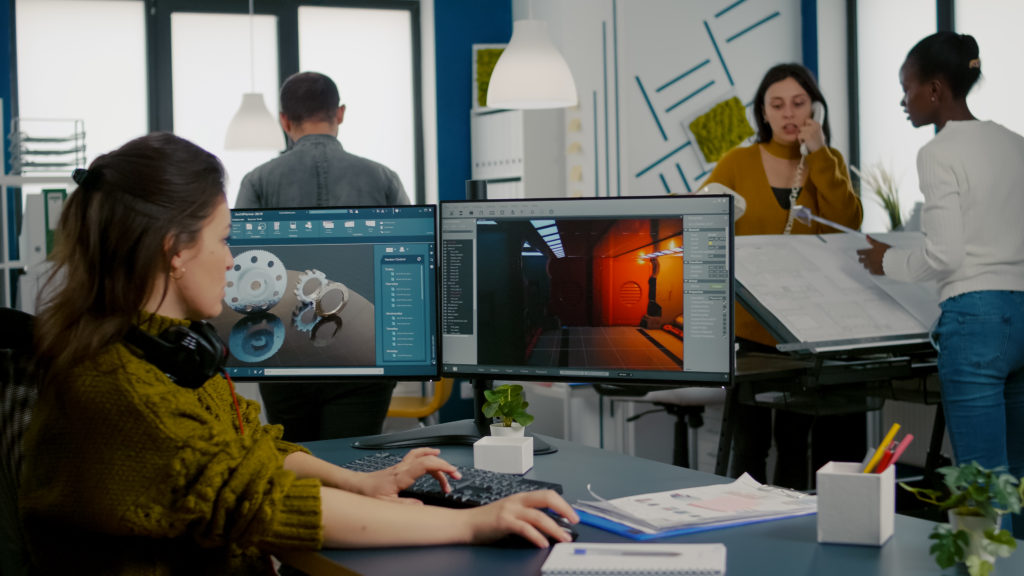 The SDK provides the capabilities to develop head and eye-tracking-enabled PC solutions with access to tracking data in real-time. The SDK offers APIs for C++ and Python with support for Unity in the works. Application integrators and developers previously depended on dedicated hardware to enable these functionalities for end-users.

When introduced into a PC game, PC gamers can use head and eye tracking to control the in-game camera with real-life head movements. Indie game developers can put the tech to use in VR games to enable eye tracking to manipulate gameplay as head tracking does as an experience similar to virtual reality with iPhones.

Interactive and social games can benefit from providing the ability to live stream with the eye tracker overlay in games to accurately show viewers where they look on the screen. This is an early access API for indie game devs to integrate the tech into PC games, mods, controllers, or whatever you the developer can imagine. The gamers do need a PC and iPhone or iPad but no wearables at all.

Game developers can try out the head and eye tracking software for free. The Eyeware Beam app can be downloaded on the app store for use in PC games.

The app that turns a Face ID-supported iPhone or iPad, with a built-in TrueDepth camera, into a precise, multi-purpose, six degrees of freedom (6DoF) head and eye tracking device. This means anyone can download the app to turn their iOS device into a head and eye-tracking camera.

It works on over 190 games, including DCS, Microsoft Flight Simulator, Star Citizen, etc. all through a simple app download. It requires OpenTrack, similar to other software-based trackers.

Compositing 360° VR footage takes quite a lot of time. This tool will speed up the challenging process for game artists, so creators have more time to focus on other essential aspects of their envisioned VR developer experience.

A third ingenious VR developer tool by Autodesk’s paid services is Forge, which does connect to data streams inside the Unity engine. The software is a cloud development platform that uses web service APIs for developers to build innovative, cloud-powered applications.

2D and 3D designs can be viewed in a safe 3D environment. Forge also integrates seamlessly with other AR and VR developer application tools. 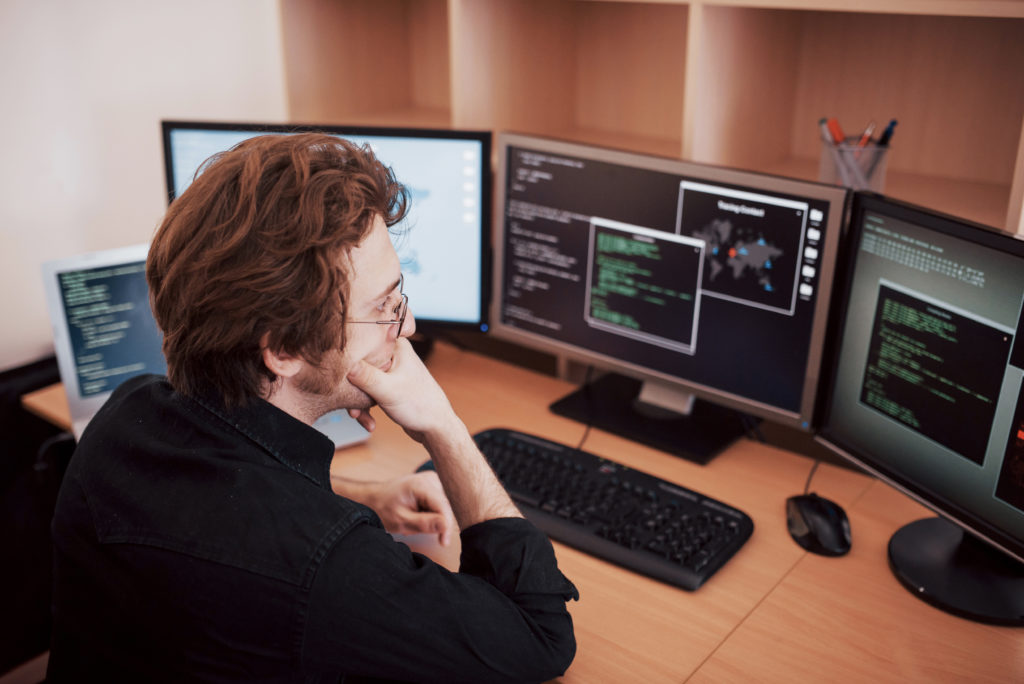 Các Cardboard VR development tool is affordable, lightweight hardware designed for fun and quick experiences on a mobile platform. Make use of the Cardboard SDK to turn a smartphone into a VR software developer tool.

An Android smartphone can display 3D scenes with stereoscopic rendering, track and react to head movements, and interact with apps by detecting when the user presses the viewer button. The Cardboard Design Lab is a free app that helps creators understand how to craft a virtual reality experience using their virtual reality development tool.

Which of the ten VR tools is best for your game idea? Much of that answer depends on a game developer’s skillset with C# that is often used for creating desktop, mobile, and VR/AR apps.
The programming languages are a foundation for AR/VR developers, who will likely encounter Unity and Unreal video game engines. Other companies offer powerful VR developer tools not mentioned in this list like Facebook in virtual reality.
Do you have an idea for a virtual reality game? We encourage you to integrate head and eye tracking into your VR games for added realism to the virtual reality gaming experience.
Trước đóTrướcThử thách theo dõi mắt: Phiên bản Waldo ở đâu
Kế tiếp5 lý do hàng đầu tại sao bạn nên chơi trò chơi với tính năng Theo dõi đầu trong Trình mô phỏng xe tải của châu Âu và Mỹ (ETS2 / ATS)Kế tiếp